When I refer to ethics, I am not only referring to police ethics, I am speaking of ethics across the board, everyone. Recently I watched as police officers were asked to leave a coffe house because a customer felt unsafe (supposedly), and although the normal reaction to most people is to smile and be grateful that police are present so that bad behavior does not spark up while they are in the business.
So, what are they afraid of? Would the person that felt uncomfortable with the presence of police in the business, rather have gang members, or mafia members, or some other criminal element present instead? If for some reason the police are commiting a crime in your presence and you are able to film it on that iphone or android that you stay on 24/7, film it for evidence and turn it over to the District Attorney or if you trust the State Police, or County Sheriff, turn it over to them with a written statement.
All police are not bad! Let’s look at our society as a whole in 2018/19 so far, there are very high paid acctresses and actors behaing unethical, there are preachers and teachers, doing the same, there are CEOs, COO, and down the line all kinds of supposedly supervisors acting out in unetical ways.
An Actor/Comedian named Nipsey Russell used to have a saying “The devil made me do it”! Well, I don’t think that our behavior is a part of the devils way, because he would create alot more turmoil, and if things keep going as they are today, I may have to change my thoughts and go with Nipsey!
How do we correct this nonsense? Comment. 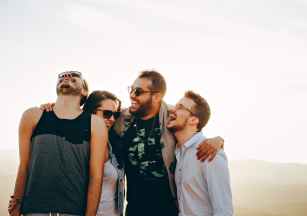 Photo by Helena Lopes on Pexels.com

Photo by Helena Lopes on Pexels.com
As we have celebrated the 4th of July this year, I believe that some of us started thinking about why this Country is called the “Land of the Free,” and “The Home of the Brave.”!
Our politicians are still debating about the Land of the free, becausethey are charging each other with accussations that we are no longer a free nation and our borders are not to be crossed bu just anyone, especially if their skin color and culture is not the same as ours.

The subjects that the politicians and some company executives/managers are talking about is something that has been a sore spot with me for many many years.
Now, the first horrific thing that our famous administration in office today has accomplished to show that we have a long way to go in cultural/diversity learning is the bad act of throwing away our counterparts/friends at the United Nations, then estabilsing tariffs on countries that aewe have had free trade with for so many years, and our economy did not suffer a blow, to add devastation to already turmoil, our elustrious leaders have estabished what some people call “Concentration Camps” at the Southern borders of our country to hold immigrants fleeing their own country to come to America for a free society, but are met with visious dogs, Border Patrol Agents that are not very trained in diversity or human compassion, and makeshift cells that are unclean and unsanitary (quote fron a politician visiting the border facilities).
So! What do we do? For the answer to this question and many more, take a look around you and see how many friends you have. If you find that all of your so called friends are the same race/culture/politicalbelief or they are the same as you in many ways. Then you need to either hit the rest button on your progress or leave it as is and don/t bother getting to know anyone of a different background Then email me and we can establish a date and time to meet and discuss training for you and your staff and friends if necessary. Please, Please, Comment! I need the feedback!
Thanks!

Well, I am going to edit this post since it has been up for over 10 months without a single comment! The original post starts here and I will add comments below. You bet there has been a few violations of the 4th Amendment by police and their departments across the U.S. and you can bet your sweet bippy that there has been as many violent attacks against the men and women in police uniforms.

This does not give rights to the police departments across our great nation to violate the rights of our citizens, and it sure as all get up, doesn’t give our citizens the right to go out and beat a cop down or kill an officer.

I personnally lost a friend that was a Chief of Police that had a bad habit for small town cops. He would sit in the same place every day and eat his lunch in his patrol car. As he enjoyed his meal, locals would pass by and say hello or wave at him. This became habit! One day he was sitting there and a local fellow that he knew as a good ole boy walked up from behind his patrol car and the Chief didn’t think nothing of it, because this fellow had walked past himmany days before over the years. One thing changed this day. The guy walked up from behind the patrol car, pulled an automatic weapon, and began firing into the Chiefs car, emptying the clip in his weapon. Who was at fault for this deadly act? Was it the local good ole dude that passed by the Chief every day (by the way, he had been in and out of jail for drunk in public, and other misdemeanor charges, and the Chief had let him off with warnings many times in the past). Was it the Chief’s fault for sitting in the same spot every day and not being more careful/observant while in lunch mode? Think about it, should the Chief have known? Hmmm!

We are in desperate times across America with everyone pointing fingers at someone else. We have schools being shot up by young men that are supposedly mentally incapable of understanding what they are doing. (Hog Wash)

The Department of Justice (DOJ), started tracking the Use of Force by police departments across the U.S., collecting data at the beginning of (2018) on police shootings and other violent encounters when they come in contact with the public, and after protests and investigations. This investigation is due to data collected since 2014 due to deadly episodes. The DOJ is trying to fill a gap or loss in information released or available to the public about police shootings, beatings, or other violent acts.

In April 2014 the DOJ basically told the Chief of Albuquerque, Police Department (APD)that the DOJ had concluded that the APD had definitely used excessive force and violated the rights (4th Amendment) by engaging in bad practices. They concluded that the bad practices was due to insufficient oversight of the City, a lack of training or insufficient training of police officers, and bad practices with an overall lack of policy. The DOJ concluded that APD had to change the culture of the department to correct these violations. It is apparent today that APD has changed their culture because DOJ is no longer briefing the Chief about bad behavior. I am sure that I could do the same thing DOJ officials did and find some officer(s) that may be a bit rough with their apprehension of violent offenders. However, I can also provide training to the department that would supress or stop the unwanted behavior in as much as a week!

Opinions and/or comments are welcome, because this is what I think! The DOJ can conduct their investigation on every P.D. in the country large or small and will come out with different results due to the culture of the City, not necessarily

CEOs, CFOs, HR Managers, Chief of Police, Sheriffs, Mayors, County Commissioners, ask yourself this question? Are the personnel meeting the needs, reaching the goals set, identifying problem areas, correcting problem areas, and when was the last company/department wide analysis of personnel for ethical behavior and knowing as well as following policy and procedure guidance. Are personnel promoting a positive outlook for you department/company? If you are an international company, are personnel promoting positive outlooks and goals for your international business?

Although a large number of business and municipalities, counties, and State Departments have in house trainers, are they providing enough training to prevent accidental shootings, curve Active Shooter incidents in local schools, Cutting or preventing sexual harassment in the workplace, or learning that diversity makes a company stronger, learning different cultural behaviors and training in other areas that will make your company better. if you answer, “I don’t know” or you ask the in house trainer(s) and they say yes but you haven’t seen documentation to the fact, I recommend that you prepare to pay out money from your already stretched budget for lawsuits, and Lawyers, or send me a message on Linked In or an email at: wallcoen208@hotmail.com and we can consider a day and time that will be convenient for both of us to meet at your location and discuss the possibility of me returning after our meeting and provide a presentation/training in just about any area that your personnel are lacking.

Already ! In 2018 we have lost brothers in Blue to a lack of respect for law enforcement.

I would say that it only exists in America but I am positive the lack of respect for law enforcement is across the globe.

The only thing I know that would bring back the respect is refresher training on a number of things that is trained in some academy’s across America. However, I am a person that has researched some departments training and I am sure that the following items are on the back burner or slow track when it comes to training:

Approaching a traffic stop, cautious at all times!

Being 911 dispatched to any call, Domestic especially!

Responding to calls received in the office or patrol room or police clerk!

Taking control of any situation, using the “Use of Force and Level of Force” listed in your Policy and Procedure Manual! (If it’s not in there I suggest that become a priority.)

Being aware of your surroundings at all times! If you are taking a break from patrolling or stopping to have lunch in your vehicle, keep your head on a swivel! ( We lost officers that were sitting in their patrol cars)

I am in no way trying to step over training that was received at your local or State level Police Academy. I am a paid Consultant and would love to visit your PD, Sheriff Office, Rescue Squad, 911 Center, and/or City Hall and discuss areas listed above and analyze your Policy and Procedures, Rules and Regulations for all personnel and discuss if training is needed. I have a tendency to call this training Auxiliary/Refresher Training because if an officer was not trained on these items in the Academy, they received the training from their Field Training Officer (hopefully).